Plans for a new data centre in the Bergen region passed an important milestone recently, as politicians gave their approval to zoning plans for the area.

Norwegian company REGN Datacenters want to develop the facility, which will be based in Børdalen Valley to the easy of Bergen and could be up to 38,000m2 in size.

With the new zoning plan for Børdalen in Samnanger municipality, the last “red flag” for the area has been taken away. REGN can now go all in with their sales process, in partnership with Greenbyte.

Tore Mong, Greenbyte’s Director, says: “We are happy that the regulation process is finally over for this very attractive site, which is particularly suitable for HPC data centres. We can now include this site in our discussions with potential data centre operators.”

REGN aim to take advantage of large amounts of hydropower in the region, and are hoping to use this abundance of sustainable energy to attract international clients to their new venture.

Per Espen Edvardsen, CEO of REGN, notes that “25 percent of all the capital in the world now goes toward sustainable investment. But not every project will receive funding, so we need to have a good product to sell.”

The Mayor of Samnanger, Knut Harald Frøland, hosted an event recently with Edvardsen, Invest in Bergen and others to celebrate the milestone.

Invest in Bergen, and its sister company Greenbyte, are involved in developing the data centre industry in Greater Bergen. Part of this role includes promoting the attractiveness of Børdalen and other data centre sites around the region. 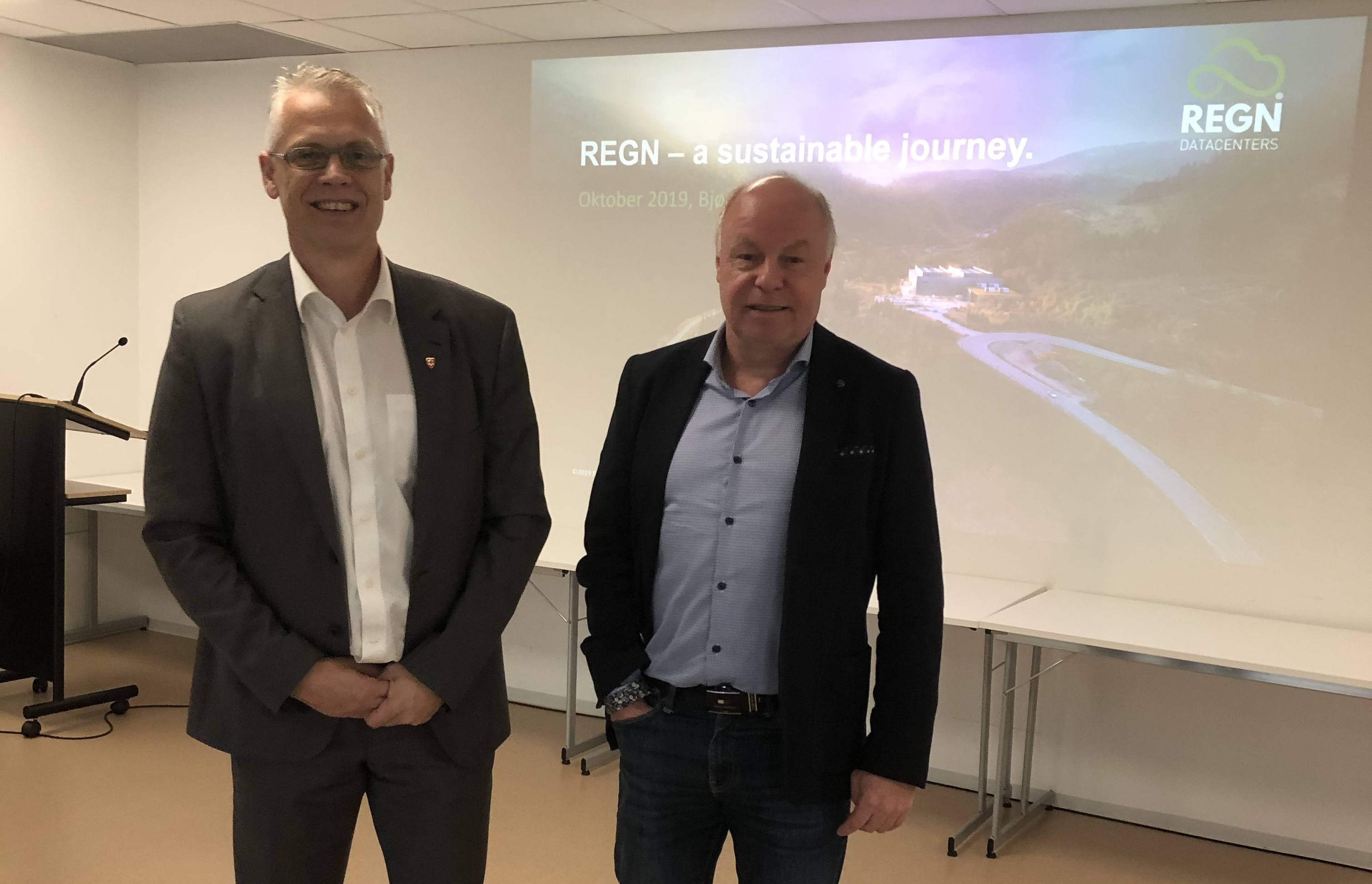 With its many mountains, rivers and waterfalls, it is no surprise that western Norway is a powerhouse for hydroelectric energy.

This means that data centres here can gain access to electricity that is not only 100% sustainable, but also cheaper on average that many other places in Europe.

REGN Datacenters are aiming to build a particular type of data centre, known as a high‑performance computing (HPC) facility. These data centres are fitted with supercomputers that can carry out at least a trillion calculations a second, and require a high amount of energy.

Potential clients could include car companies, which often rely on heavy computing power when designing their latest models.

So far, Europe’s HPC data centre industry has mainly been based in the FLAP-D cities – Frankfurt, London, Amsterdam, Paris and Dublin – but these places are coming under pressure with regards to the amount of sustainable electricity they can deliver.

Edvardsen and his co‑founders see big opportunities for western Norway to take a piece of this market. “Google, Microsoft, Volkswagen and Amazon have confirmed that they are on the way to Norway. We believe that more will be following them,” says the entrepreneur. 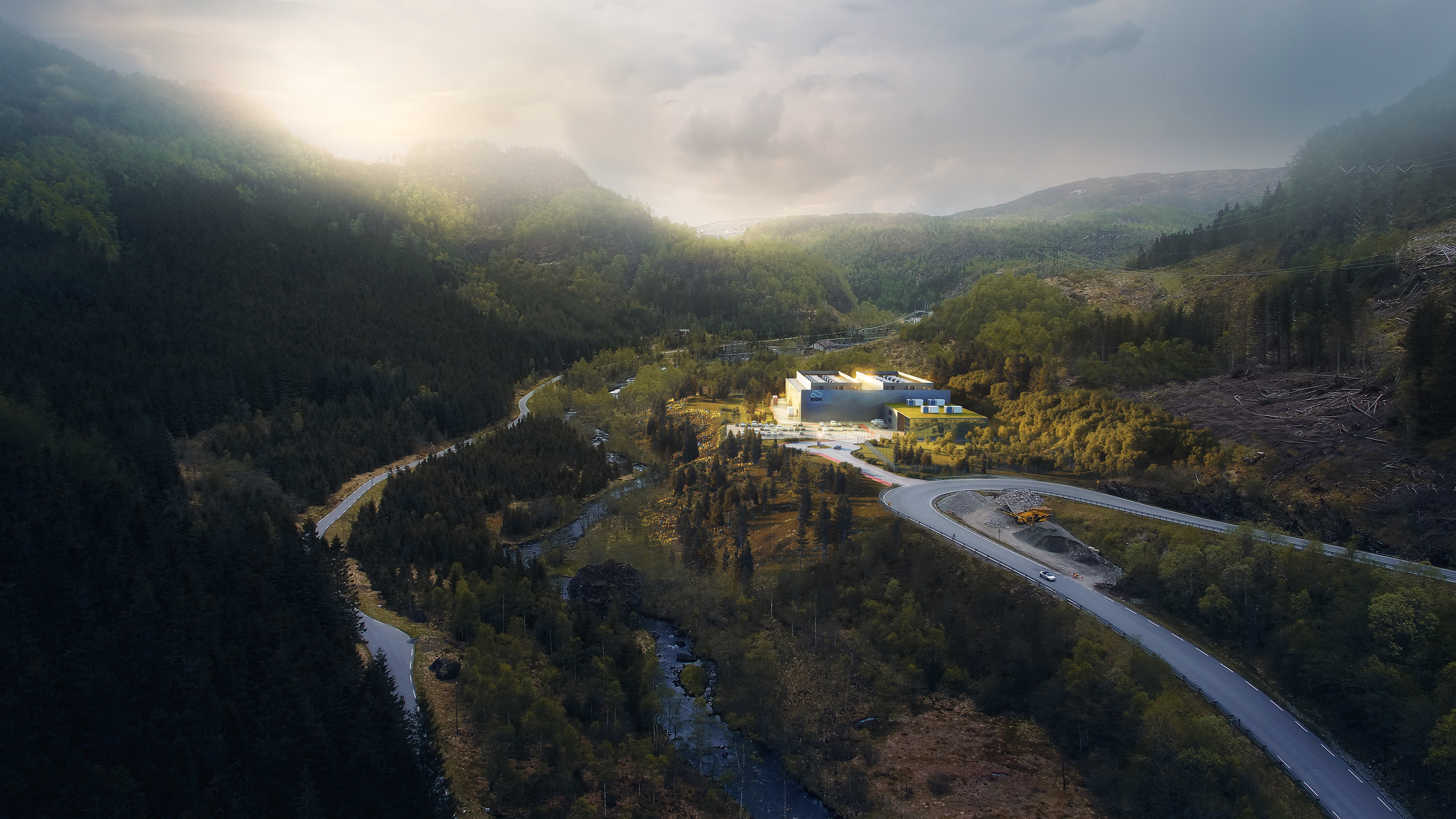 With its abundance of green power, REGN Datacenters are hoping that the site in Børdalen could attract large players such as Volkswagen or Amazon.

A range of local actors have been pushing for the Børdalen scheme to become a reality.

This includes Samnanger municipality, where officials have worked hard to make sure the area is zoned for data centres.

Samnanger Mayor Knut Harald Frøland says: “We have been very proactive in helping to support this scheme. We want to welcome the data centre industry to Samnanger municipality, and to lay the foundations for new data centres to be developed.”

Vidar Totland, Senior Project Director at Invest in Bergen, adds: “A new data centre here would be a vital addition to the Børdalen Valley, bringing highly‑skilled jobs and new activity to the region.”

“It has been a real pleasure to see how local industry and government have pulled together to get the project to this stage.”